Despite years of conflict between the Chrisley patriarch and the 27-year-old, the pair have apparently made amends are facing the family’s legal scandals together. After Todd and wife Julie Chrisley turned themselves in and plead not guilty to several charges of tax evasion and fraud, Kyle made a statement that would surprise most fans and longtime viewers of Chrisley Knows Best.

In fact, Kyle revealed that he and his father are no longer on the outs after Todd welcomed him back into his life earlier this year. Kyle also said denied the previous statements he gave in a 2017 interview with Good Morning America, where he said Todd “bragged” about not paying taxes and should be “held accountable” for his alleged actions.

“I know the interview I did bashing my dad OVER A YEAR AGO is being shared on social media,” Kyle wrote in a Facebook post. “Honestly I’m tired of it.  You guys don’t have the facts and I need to set the record straight once and for all.  Everything I said in my interview was a lie. These allegations against my dad are all LIES!”

Kyle then went on to claim that a year and a half ago his mother, Todd’s ex wife Teresa Terry, and sister Lindsie Chrisley turned Todd into the Georgia Department of Revenue on allegations of tax evasion. An attorney for Lindsie has since denied her involvement in the incidents that led to Todd’s arrest.

At the time, Kyle said his relationship with Todd was “really rocky” and agreed to participate in the interview because of Todd’s involvement in his own sobriety. 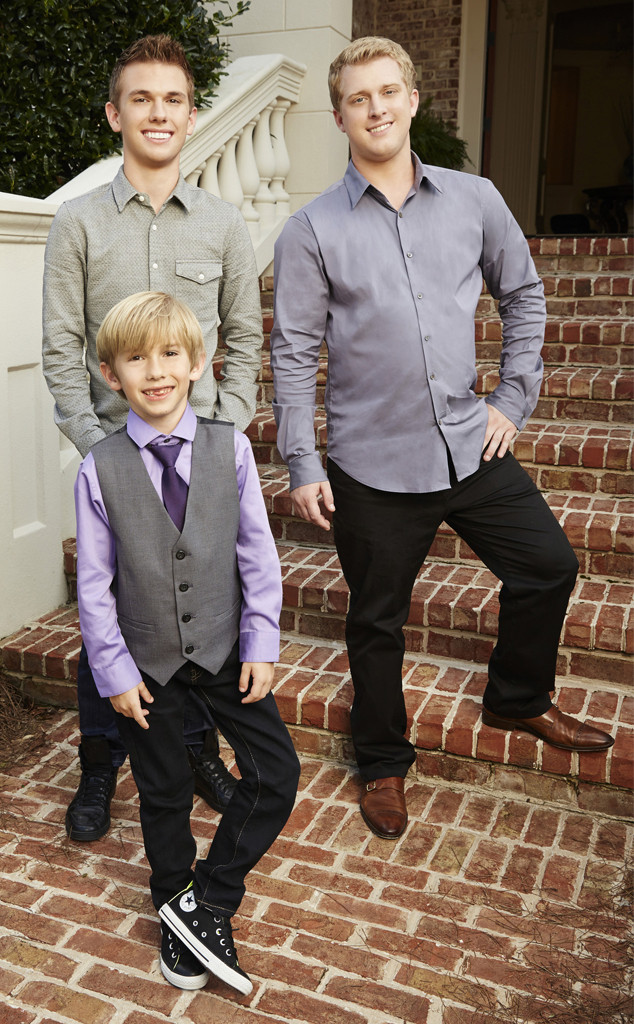 His statement continued, “I was battling drug addiction and I left like [Todd was] trying to control me so when they said if he’s locked up he can’t put you back in treatment I said okay. I should have said NO!”

Kyle then revealed how he and his father patched things up, also acknowledging his relationship with his young daughter Chloe, who is currently being raised by Todd and Julie and is often featured on Chrisley Knows Best.

“My mom and dad raised me. I haven’t been the best dad to Chloe, I’ve had a problem with drugs, I’ve acted completely ridiculous and through all that they have stood by my side. 9 months ago I went to my dad with an apology. His words were, ‘I love you always, and you are forgiven.’ And just like that I was welcomed back into his life with open arms. I will be forever grateful for his love and graciousness,” Kyle wrote.

By speaking out, Kyle said that he wants to convince others of his parent’s innocence and reunite his entire family once more.

“My hope is that my sister Lindsie will seek the same forgiveness from my daddy as I have, that he is able to forgive her, and that my family will one day be whole again,” the statement concluded.

Following Wednesday’s court appearance, an attorney for Todd and Julie released the following statement to E! News, which read in part, “We have no doubt that if this case ever reaches a courtroom, Todd and Julie will be completely exonerated. But in the meantime, their reputation will be sullied by a shamefully unjustified prosecution based on testimony of a dishonest source who has somehow managed to successfully mislead prosecutors.”