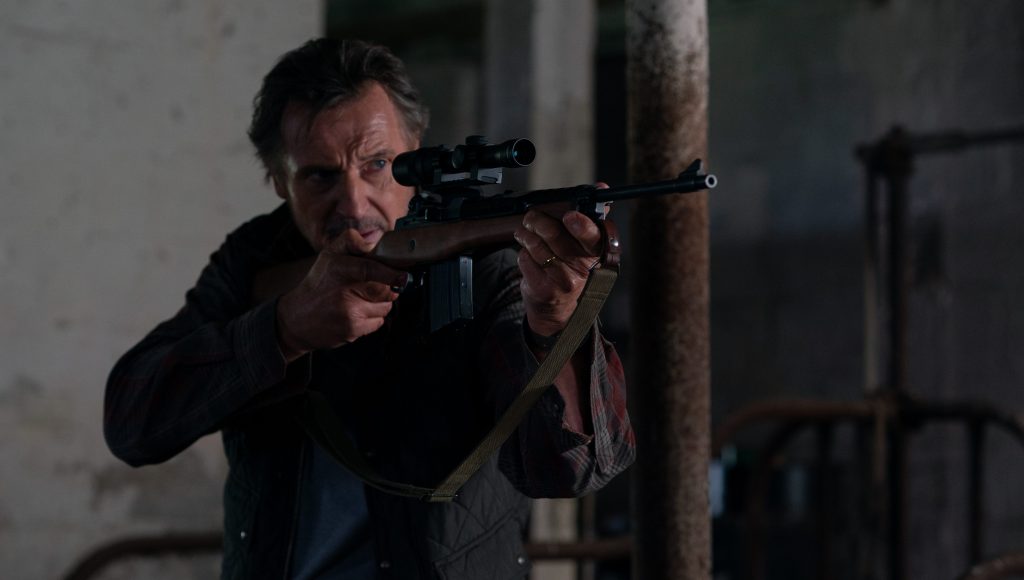 Refresh for updates and box office chart: In a continued pandemic marketplace such as this with close to 60% of all movie theaters still closed, whether you’re a distributor or an exhibitor, you have to be thankful for any amount of money you can get your hands on. Open Road has released the second Liam Neeson movie during the pandemic, The Marksman, over the MLK 4-day holiday and it’s opening to $3.7M. It’s the third Neeson movie to hit No. 1 for Open Road after October’s Honest Thief and their first wide entry ever, The Grey.

Open Road Boss Tom Ortenberg tells Deadline this morning, “It’s a universal truth that even in a depressed market lies opportunity. And there are plenty of people who want to go to the movies. Not everyone wants to go theaters, and cinemas aren’t open everywhere, but there are a lot of people who are looking for broad-based entertainment, just like they always have. Like Honest Thief, The Marksman has filled a void in the marketplace. It’s mid-sized distributors like us that have been able to fill the void and serve the need. There is a great thirst for product among consumers, and the opportunity is there. Competition is light, and we can market and distribute movies for less money; our advertising dollars go far.”

Case in point, when Open Road placed an ad for Marksman during last Monday’s College Football Championship game, they weren’t up against seven other titles during the run of the show.

Note that Open Road had less theaters at its disposal this time around than they did back in mid October when they opened Honest Thief: to 1,975 to 2,245. Marksman‘s 3-day is $3.2M to Honest Thief‘s $4.1M. Over 4-days, Marksman is making close to the same amount of money that Honest Thief did over 3-days. Honest Thief ran for 11 weeks in theaters and posted a domestic B.O. of $14.1M, which is something of the average take for most wide releases during these depressed times, with a global count of $28.3M.

Marksman, directed by Robert Lorenz, is but one of two wide releases this month as Covid continues to keep a majority of movie theaters closed, especially in box office capitals New York and Los Angeles, the second being Warner Bros. day and date theatrical-HBO Max release of cop thriller Little Things starring Denzel Washington and Rami Malek. There are more in February, likely banking on the start of schools’ winter breaks. What’s interesting, it’s these types of meat-and-potato older male skewing action movies that typically play the early winter anyway.

Open Road also doing well in the homes with its release of not just Neeson’s Honest Thief, but their recent documentary The Dissident from filmmaker Bryan Fogel. The doc follows Washington Post journalist Jamal Khashoggi disappearance in Istanbul, his fiancée and dissidents around the world who piece together the clues to a murder and expose of a global cover up. It’s the first documentary in some time to completely be available on PVOD (most go to streaming or HBO), and last weekend ranked No. 3 on ITunes, which is impressive for a doc. The movie is 96% certified fresh on Rotten Tomatoes and even caught the attention of Hillary Clinton.

If you haven’t seen #TheDissident, I hope that you will. This incredibly powerful documentary about the assassination of journalist Jamal Khashoggi at the hands of the Saudi government is available to watch now: https://t.co/FMB43ngyoc

For those who think streaming has won the filmed entertainment battle, simply look over to last year at this time during pre-pandemic times when MLK weekend rang up $205.3M at the domestic box office, up well over 25% from the 4-day holiday prior, thanks to Sony’s Bad Boys for Life which minted a 4-day of $73M, the second best debut ever over MLK after American Sniper‘s $107.2M; reviving the Will Smith-Martin Lawrence cop franchise like a phoenix. With incoming U.S. President Joe Biden looking to deliver 100M Covid vaccines in his first 100 days, exhibition analyst Eric Wold of B. Riley recently exclaimed this past week “a return to normalcy” for the big screen theatrical business.

Universal is reporting their DreamWorks Animation sequel, Croods: A New Age, in second place over 4-days with $2.9M in its 8th weekend. Pic is booked at 1,855 theaters, +37 from a week ago. Even though the pic’s domestic gross has been shackled by the pandemic with a current domestic take of $40.1M to date, what’s eye-raising is that during a normal marketplace when grosses are frontloaded, a film like this would never do this amount of money in its 8th weekend. Over 3-days, Croods 2 made $2M. In its 8th weekend, Uni/DWA’s How to Train Your Dragon: A Hidden World made $746K at 822 theaters — and it wasn’t on PVOD at that point in time. For a Thanksgiving release like Croods 2 to do this type of business now, even while being available on PVOD, it just shows that people want to get back to the movies. Worldwide Croods 2 is at $134.8M.

Warner Bros.’ Wonder Woman 1984 according to sources is ranking third over 4-days with $2.7M. Warners reported $2.6M for the 3-day, down just 13% due to holiday traffic. The Patty Jenkins-directed DC sequel, which is on HBO Max until Jan. 24, stands at $35.8M domestic through EOD. Worldwide is at $141.7M. Last weekend sources told us that some movie theaters closed done in the U.S., and thus wouldn’t pay their bill to Warners for WW1984. Warners tells us that they’re collecting their rentals just fine, thank you very much, with a quick turnaround from their exhibition partners. Note, if an exhibitor is open in this current environment, and they skip payment on WW1984, it will be quite difficult for them to book any other upcoming Warners title; that is if they’re keeping the lights on. Some smaller exhibitors (non-chain) tell us that their terms for the HBO Max-theatrical releases are good at roughly 55% in their favor, to Warner’s 45%. Endgame here stateside for WW1984 is in the mid $40Ms.

While critics have long been tired of Neeson’s action pics with Marksman earning a 33% on Rotten Tomatoes to Honest Thief‘s 40%, Comscore/Screen Engine audience exits gave it a 73% positive with a 46% recommend I hear. Guys turned up at 57% with those over 25 at 72%. The over 45 crowed repped 33% of overall attendees. Diversity breakdown was 50% Caucasian, 23% Hispanic, 17% African American and 10% Asian/other.

As I’ve been told, Open Road’s campaign for Marksman targeted Neeson’s reliable core audience of guys over 35 males (who turned out at 51%). The storyline and key cast (Juan Pablo Raba, who plays the villain in the film and has a huge following) allowed Open Road to target Hispanic audiences, especially in Texas, where theatres have remained open and performing well. The movie’s No. 1 gross on Friday was a theatre near the border in Harlingen, TX, which is probably the first time ever that location has ranked No. 1 at the domestic box office. Neeson appeared on programs such as Despierta America on Univision and Un Nuevo Dia on Telemundo. He also appeared on James Corden and Today.

In paid media, Open Road bought national TV including spots in the College Football Championship Game, NFC Wild Card Game, and multiple spots in WWE Smackdown to fuel mass awareness. In digital, the distrib geotargeted markets where theatres were open. Open Road was also able to re-target the fanbase they cultivated on Honest Thief back in October, which has grown during the title’s release on home entertainment. Open Road teamed with Mike Polydoros’ Paper Airplane on numerous marketing programs directly with exhibitors, focusing on theatres where Honest Thief overindexed, as well as regions where Hispanic audiences were dominant.

Per social media analytics firm RelishMix, Marksman had a similar social media presence to Honest Thief‘s back in October with 8M views for eight posted videos, mostly boosted on Facebook. The YouTube trailer and a TV spot that were dropped in the last five weeks were hitting 7M views with a moderate viral ratio of 9:1.

RelishMix noticed on the social media chatter for Marksman heading into the weekend: “The majority of the conversation leans positive for fans of Neeson who have clear expectations for the theme with continuous added references to other action-thriller tiles, No Country For Old Men + Logan + Rambo: Last Blood = The Marksman. And while the tone of threads are positive leaning, discussion also wonders if the film will be on HBO Max, Netflix, Apple+ or other confusion on day/day or what the window will be.”