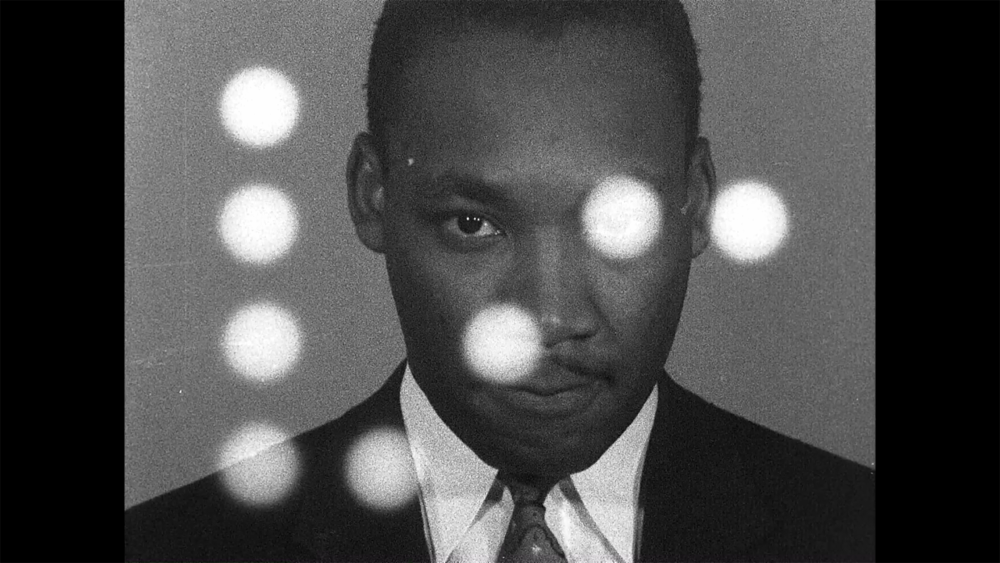 The IFC Films documentary MLK/FBI from filmmaker Sam Pollard (Two Trains Runnin’, Eyes on the Prize) makes its debut in select theaters today as well as on demand. The release aligns with Martin Luther King Jr. Day on January 18 and it is super relevant to America’s wild inequity and racist treatment of the Black community — specifically Black activists.

MLK/FBI made its world premiere last year at the Toronto International Film Festival and went on to play at the New York Film Festival. The riveting docu exposes J. Edgar Hoover and the U.S. government’s surveillance and harassment of Dr. Martin Luther King, Jr. who was labeled by the FBI as the “most dangerous” Black person in America.

Based on newly discovered and declassified files, as well as revelatory restored footage, the documentary explores the government’s history of targeting Black activists. Considering the insurrection that took place last week and the lenient treatment of domestic white terrorists versus the violent and unjust treatment of brown and Black activists that participated in Black Lives Matter after the murder of George Floyd, MLK/FBI couldn’t be any more timely. The docu features interviews with key cultural figures including former FBI director James Comey.

In another riveting documentary — albeit wildly strange — filmmakers Ryan White and Jessica Hargrave examine the assassination of Kim Jong-nam in Assassins. Greenwich Entertainment is dropping the docu on iTunes, Amazon and other PVOD platforms today.

Directed by White, the docu takes us back to 2017 when Kim Jong-nam — the half-brother of North Korea’s leader Kim Jong-un — was assassinated in Malaysia’s international airport. The assassination happened in broad daylight and everything was captured on security cameras.

The footage showed two young women approaching Jong-nam from behind, covering his eyes with their hands, and pressing the lethal gas VX. He was dead within an hour — but this story does not end there. In fact, it enters bizarro territory.

The two women who killed Jong-nam claimed they were hired to pull a video prank and had no idea what they were really doing. The Malaysian government called B.S. and arrested and imprisoned the women and put them on trial for murder, facing execution.

Assassins dissects all parts of the story as it tries to unveil the truth. White travels from Pyongyang to Indonesia and Vietnam to the courtrooms of Kuala Lumpur to tell this story of manipulation and subterfuge in the age of social media.

Netflix has a trio of films hitting streaming and theaters this weekend starting with White Tiger, Ramin Bahrani’s adaptation of Aravind Adiga’s Man Booker Prize-winning novel. The pic is currently in select theaters before debuting on the streaming platform on January 22.

The epic dark comedy features Balram Halwai (Adarsh Gourav), who serves as a narrator of a story about the rise of a man from poor villager to successful entrepreneur in modern India. The story follows Balram as he works his way into becoming a driver for Ashok (Rajkummar Rao) and Pinky (Priyanka Chopra-Jonas), who have just returned from America. If anything, society has trained Balram to be one thing: a servant. Because of this, he makes himself readily available to his rich masters but after a night of betrayal, he realizes the corrupt lengths they will go to trap him and save themselves. On the verge of losing everything, Balram rebels against a rigged and unequal system to rise up and become a new kind of master.

Simon Stone’s The Dig opens in theaters today before dropping on Netflix on January 29. Based on the 2007 book by the same name by John Preston, the story is set on the verge of World War II as a wealthy widow hires an amateur archaeologist to excavate the burial mounds on her estate. When they make a historic discovery, the echoes of Britain’s past resonate in the face of its uncertain future‎. The film stars Carey Mulligan, Ralph Fiennes, Lily James, Johnny Flynn, Ben Chaplin, Ken Stott, Archie Barnes and Monica Dolan.

Rounding out the Netflix bunch is Outside the Wire starring Anthony Mackie and Damson Idris. The sci-fi action pic directed by Mikael Håfström and written by Rob Yescombe & Rowan Athale brings us to the year 2036 where drone pilot Harp (Idris) is sent into a deadly militarized zone where he finds himself working for Leo (Mackie), an android officer, tasked to locate a doomsday device before the insurgents do. Harp learns that his theoretical experience as a drone pilot means little out on the battlefield under enemy attack — especially after discovering that Leo is an A.I.-enhanced supersoldier whose strength, speed and demand for results promise to turn his real-world education into a trial by fire. Outside The Wire also stars Enzo Cilenti, Emily Beecham, Michael Kelly and Pilou Asbæk.

Zeitgeist Films and Kino Lorber’s Acasa, My Home marks the debut feature from Radu Ciorniciuc. The film made its world premiere at the Sundance Film Festival in 2020 where it was honored with a Special Jury Award for Cinematography

Opening in select theaters and virtual cinemas today, Acasa, My Home transports us to an abandoned water reservoir in the wilderness of the Bucharest Delta. Located outside of the fast-paced metropolitan life, the Enache family have been living in perfect harmony with nature for two decades. When this area is transformed into a public national park, they are forced to leave behind their unconventional life and move to the city.

As the family struggles to conform to this new way of life and maintain their connection to each other and themselves, they each begin to question their place in the world and what their future might be. With their roots in the wilderness, the nine children and their parents struggle to find a way to keep their family united in the concrete jungle.

Written, directed and produced by Renji Philip, The Wake of Light follows Mary (Rome Brooks) who has spent her entire life caring for her widowed father after he suffered a stroke when she was a little girl. Things change for her when she meets Cole (Matt Bush), a young man passing through her small town on a cross-country road trip. He falls for her and asks her to join him on his journey. This brings Mary to a crossroads in her life: responsibility to her father or a chance at love. The Wake of Light opens in virtual cinemas and select theaters today.

Also opening in select theaters and VOD is the cat-and-mouse thriller Don’t Tell a Soul featuring Finn Whitehead and Jack Dylan Grazer as brothers who have an encounter with security officer Hamby (Rainn Wilson) after they steal money to help their sick mother (Mena Suvari). After Hamby ends up trapped in a well, Joey and Hamby develop an uneasy relationship. Hamby tells Joey he’ll keep quiet if Joey sets him free. But Hamby holds another secret, one that will threaten Joey and his family.

Regina King’s critically acclaimed One Night In Miami  is set to drop on Amazon Prime Video after its theatrical debut last week. Also hitting digital this week is Focus Features’ much-buzzed-about thriller Promising Young Woman from director Emerald Fennell and starring Carey Mulligan. The pic will remain in theaters but will also be available on demand for a 48-hour rental period on major on-demand platforms. Also expanding to VOD and virtual cinemas is Lance Oppenheim’s docu Some Kind of Heaven. Produced by Darren Aronofsky’s Protozoa, The New York Times, and Los Angeles Media Fund, the Sundance film profiles the world of a small group of residents who live inside the nation’s largest retirement community in Central Florida: The Villages.