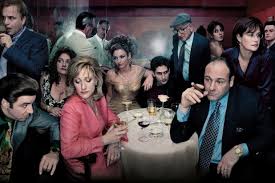 Warner Bros is moving The Many Saints of Newark from March 12 to Sept. 24. New Line is releasing.

Remember, WarnerMedia announced that its entire 2021 slate is going theatrical and HBO Max at the same time, but big chains like AMC are negotiating terms on a film by film basis. So that means not everything Warners is releasing will play those theaters that are open coast to coast. The assumption by many in distribution land is that this particular movie, which is a prequel to the award winning HBO mob series was destined for HBO Max, and that service alone. We’ll see about that. The movie was always envisioned for the big screen.

Most distributors for the first quarter are delaying theatrical releases or putting them directly into the home. This one was moved to September I hear on the possible good chance that more theaters will be open, but also positioning the movie in the 2021-2022 awards season.